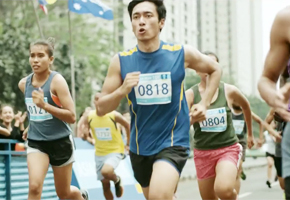 One of the biggest mobile operator in Indonesia PT XL Axiata recently announced its new logo at Kota Kasablanka Mall in Jakarta. Along with those joyful announcement, the mobile operator also presents a video campaign to support its new image through a video called “Change”. The one minute video simply highlight the company profile and how they are integrated with its customers.

Along with the release, the mobile company also announced its ability as the first operator in Indonesia to start testing 4G LTE mobile Internet services to the public. The launch of this trial conducted at Kota Kasablanka Mall in Jakarta while the services can be tested by XL customers who have a mobile device with a Qualcomm chip that supports LTE network.

Prior to this release, services of 4G LTE mobile internet previously owned by PT Internux through their product BOLT! However, those company is not a mobile operator (runs as internet service provider) meanwhile PT XL Axiata with similar devices that have been circulated in the Indonesian market, among others Nokia Lumia, Sony Xperia, and HTC M8 are now able to use the service. In addition, the SIM card that you used must be upgraded first before its supports the 4G LTE services.

During the trial period, customers who want to try the 100Mbps of Internet 4G speed could come to several XL Xplor outlets in Jakarta such as in Kota Kasablanka Mall, Central Park, Senayan City, and Menara Prima. Along with this short trial, PT XL Axiata is promised to extend the service to other points in the Capital and other major cities in Indonesia. For more about XL and its 4G LTE services, you can be simply visit their official website through several links above.