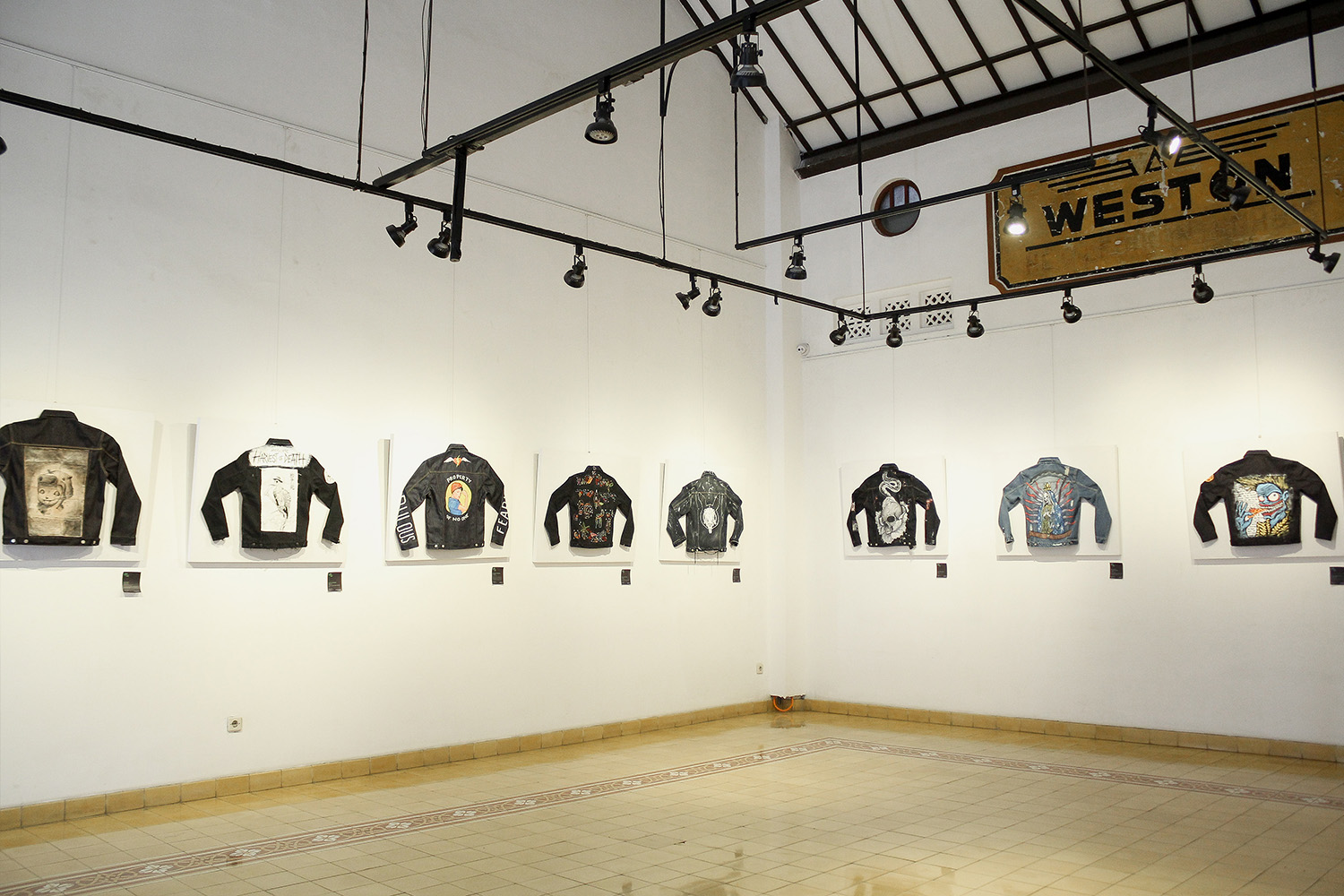 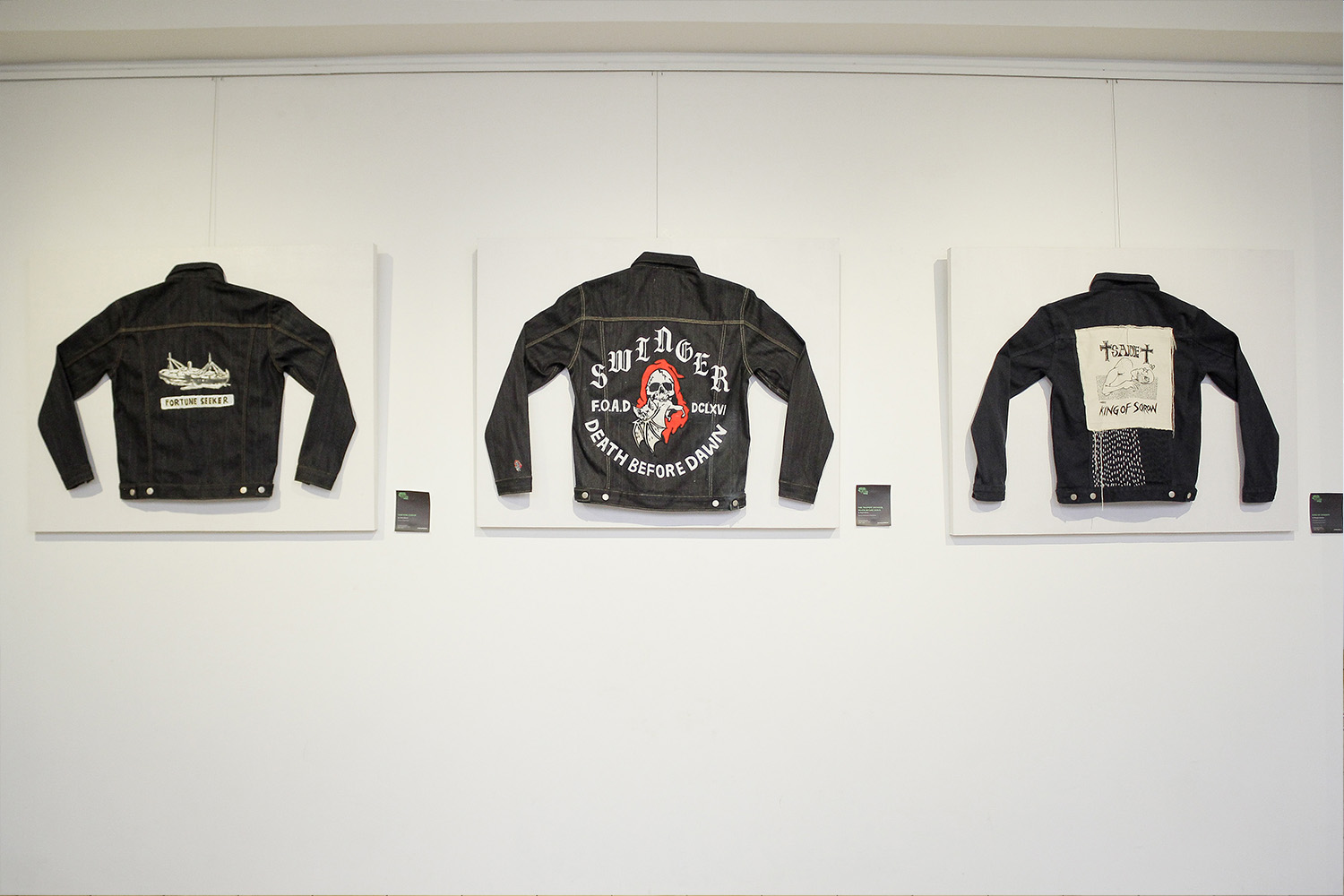 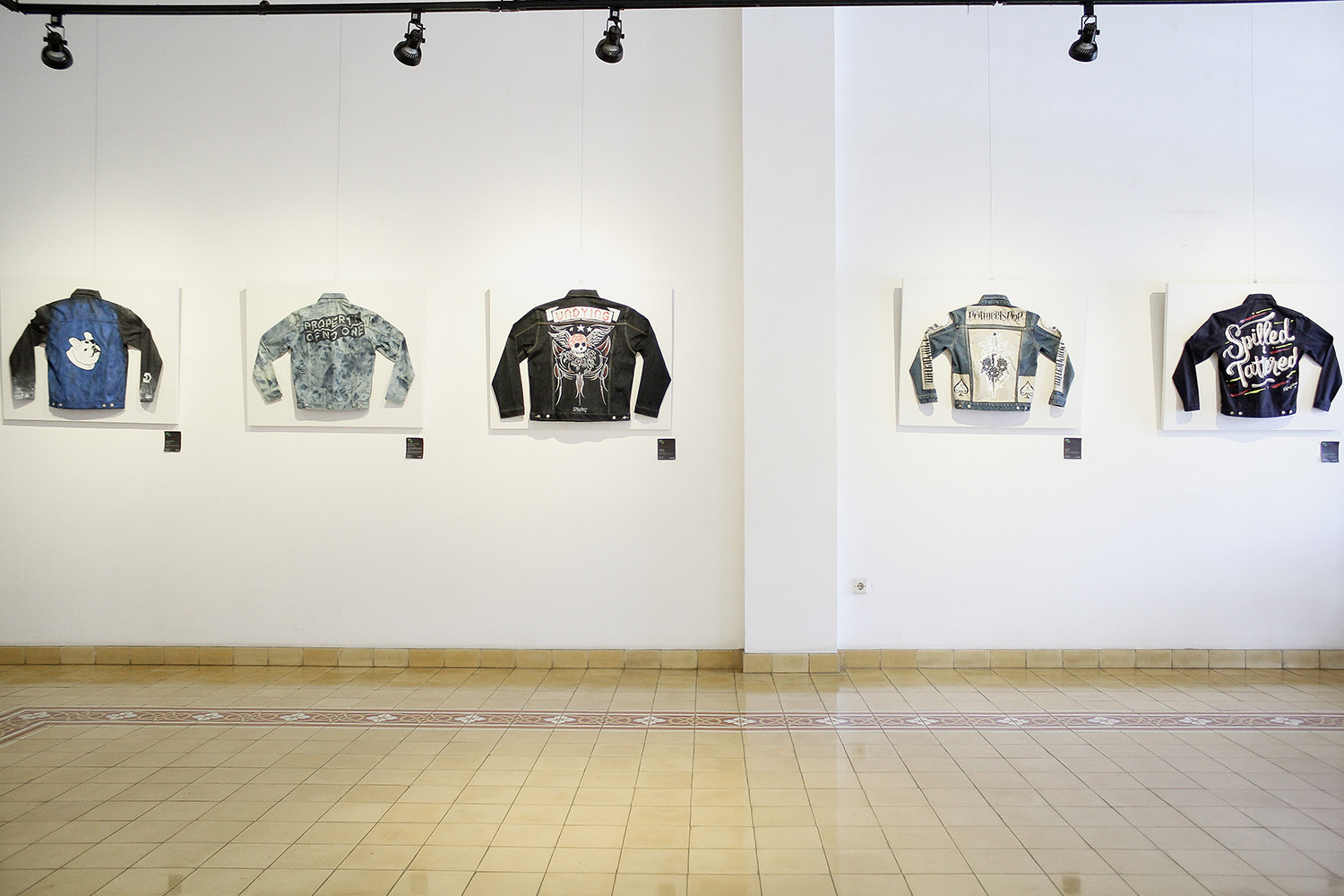 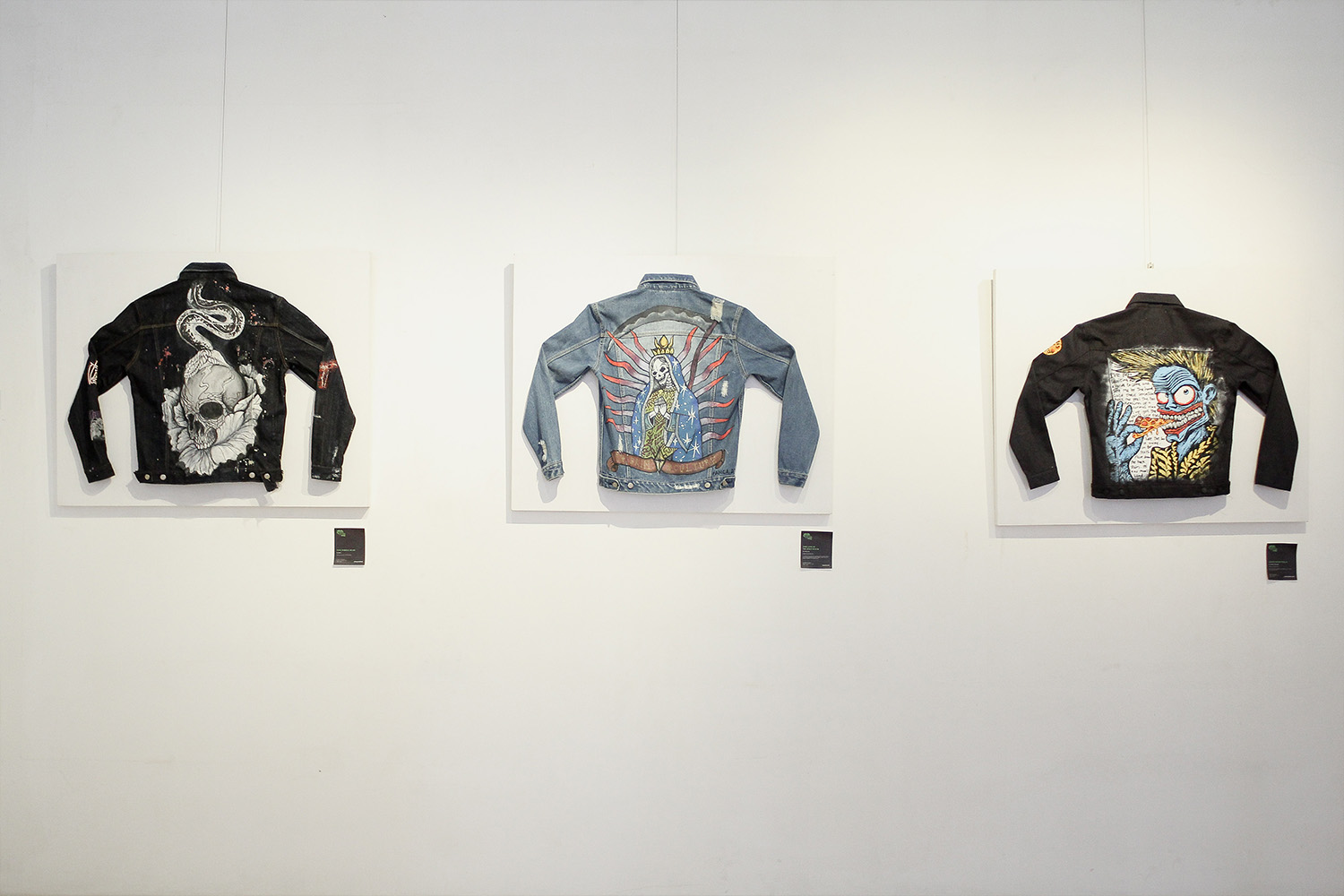 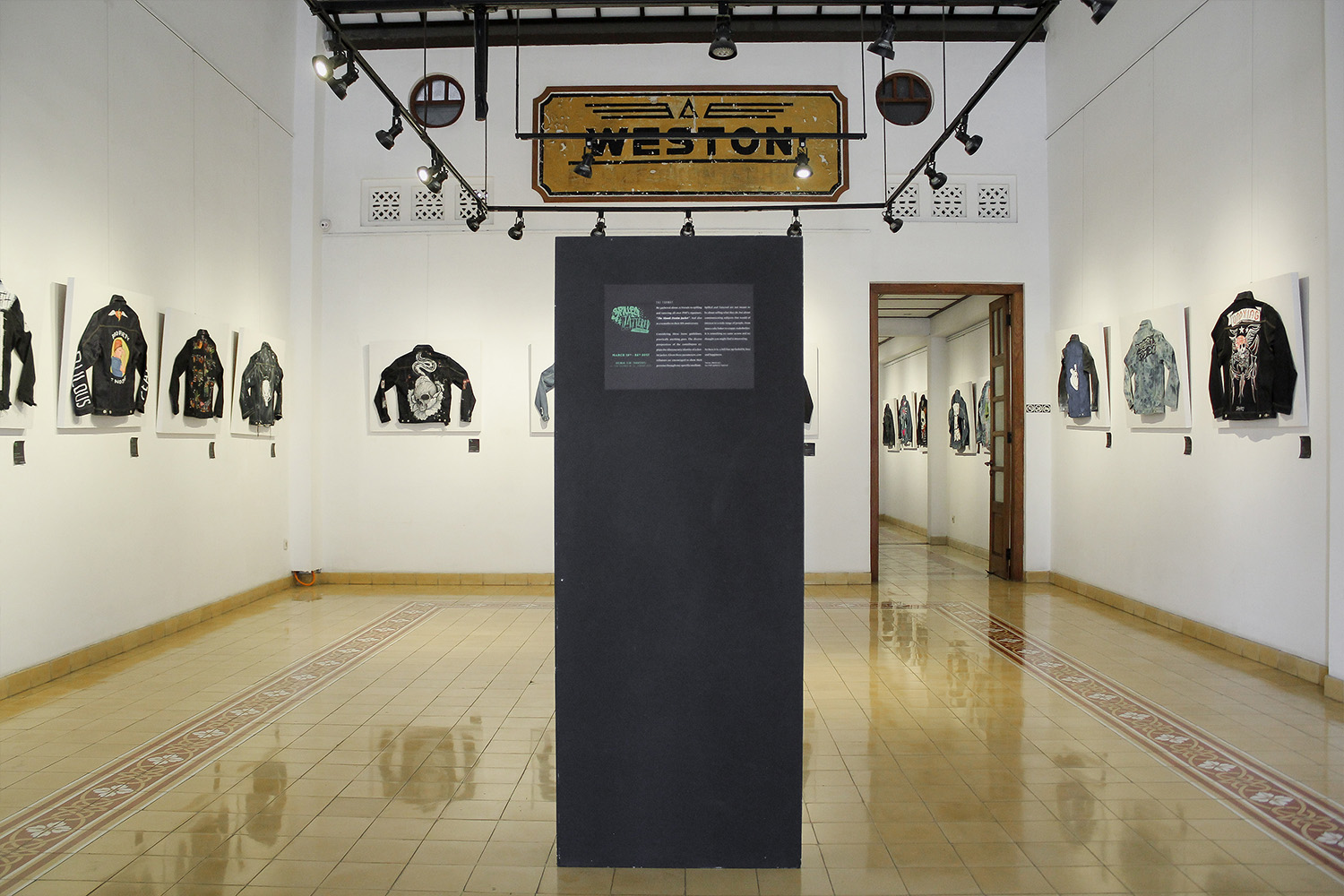 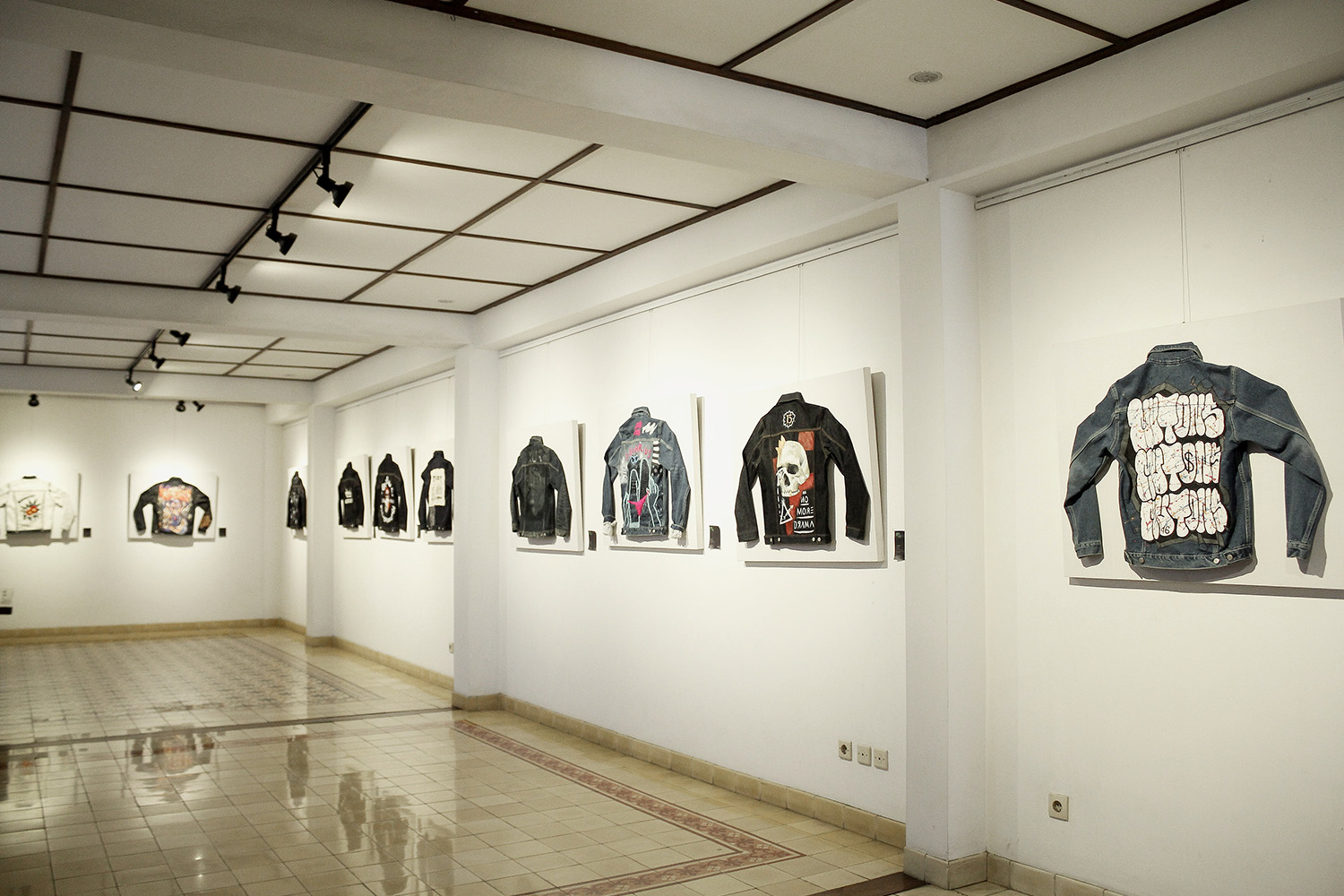 Started in the late 2008, Bandung-based Pot Meets Pop or PMP in short has been one of the most favourite denim brand among the young crowd. The brand has been collaborating with a few big names in local creative industry scene and their product were distributed across major cities in Indonesia and even began to enter overseas markets. Recently, PMP wrapped up their year-long 8th anniversary celebration by hosting an event titled Spilled & Tattered Exhibition happening in 18th – 26th March 2017 at Rumah Seni Sarasvati, Bandung.

With an aim to support an advancement of local talents, the Spilled & Tattered Exhibition invited 30 local artists such as Ade Habibie, Anggarez, Asti Surya, Arend Alifyanto and many other names that were commissioned to personalized the iconic SKUNK denim jacket based on their own characters and unique styles of designs. The 9 days event also held a daily workshop called Indigo Dyed Workshop lead by Adhan Rahadian started every from 12PM until 7PM. To entertained the guests during the exhibition, Spilled & Tattered Exhibition also featured musical contribution from Jakarta’s rock-alternative band, Scaller.

Take a look at the gallery above to see what went down during the event.