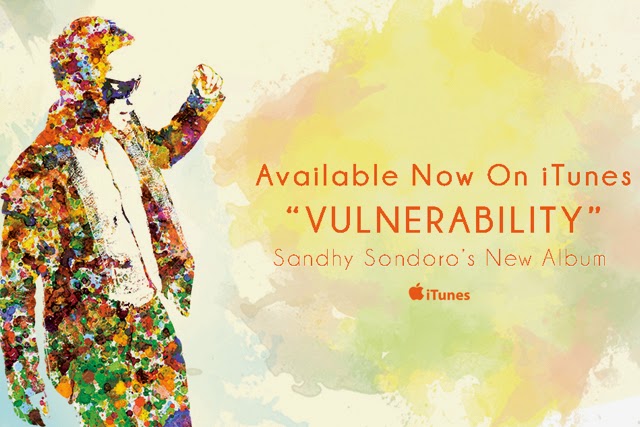 Golden voiced male soloist who started his music career in Germany, Sandhy Sondoro preparing to organize a party for the release of his new album “Vulnerability”, on tomorrow Wednesday September 24th 2014 that would take place at Rolling Stone Cafe in South Jakarta. To make it happen, he decided to work with Music Series.

The show will begin on time starts from eight o’clock at night. The album release party of Sandhy Sondoro‘s “Vulnerability” will cost IDR 100.000 as a sign of entry. The album will also be available in the form of CDs and merchandise will also be sold there.

“Vulnerability” is the latest album of from the Interior Design graduate of ILS Hamburg, Germany. Previously, Sandhy Sondoro has also released the first and second single “Kaulah” and “Divine Intervention” in the digital medium as a form of introduction of how the music and sounds on his latest album. For more story from the man himself, feel free to visit his official site sondoromusic.com.