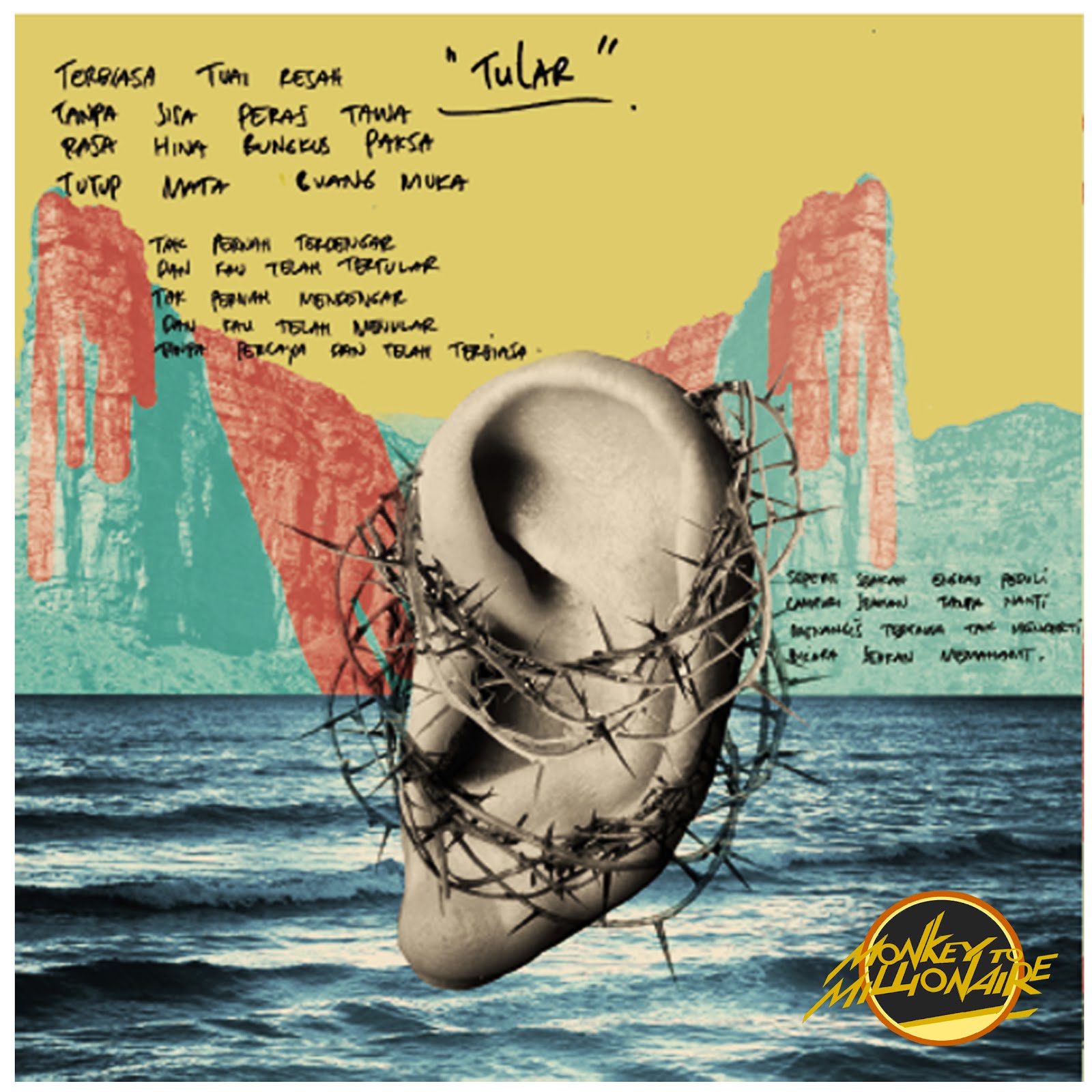 After releasing their first single “Kekal” from their third album “Tanpa Koma” last year, an alternative-rock band Monkey To Millionaire has just dropped their second single “Tular” this valentine. Produced by Binatang Records, both Wisnu Adji (vocalist/ guitarist) and Aghan Sudrajat (bassist) comes up with a new conception which bravely embracing the rough guitar strummed, thick bass line and a hardcore tense as M. Rama Adibrata (drummer) aggressively beating the drum. Unlike “Kekal”, their latest single conceived to be one of the song which recorded semi-live.

Through “Tular”, they have denotes the human nature – ignorance is unavoidably contagious, just like the song title itself. Despite the purposeful message, they certainly wished their fans to listen to the song and infect it to other as you can streamed “Tular” online on SoundCloud or head to their website here.